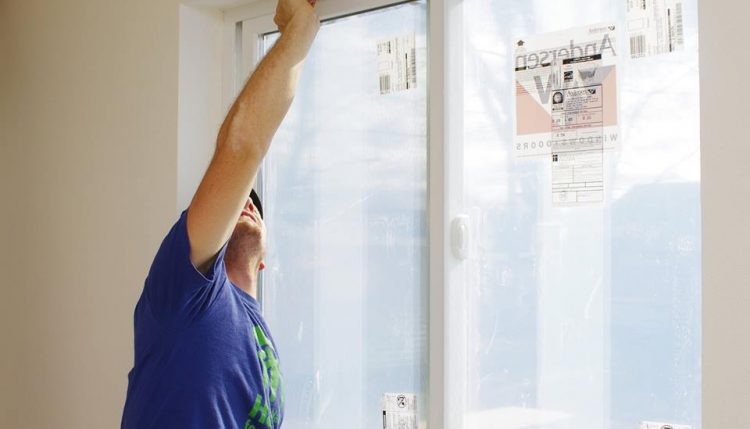 I’ve got a story out in the Boston Globe this weekend about replacement windows, including why and when it can make more sense to restore your old windows than to install new ones.

As I wrote in the Globe, I totally bought into the idea of replacement windows back in 2009, when there were some hefty tax credits available for installing them. We replaced more than a dozen windows over the course of a few years, four or five at a time. And we’re more or less happy with them: They’re easier to open and shut, easier to clean, they keep more heat in the house, and they don’t rattle like a freight car on a windy winter night. But… I also feel like I was duped a bit.

Are replacement windows a scam?

You see, I had no idea that we could have restored all of our clumsy, sticking, broken-but-admittedly-charming old rope-and-pulley windows for about the same cost of replacement windows – and gained comparable energy savings by doing so. I had never even considered it, or heard about such a thing.

It turns out, multiple studies have found that by replacing the ropes or chains, adding weatherstripping, and installing a good quality storm window (such as the Harvey Tru-Channel), you can make a historic, 100-year-old single-pane window about as energy efficient as a new double-pane replacement window. And Consumer Reports notes that, after the installation cost of replacement windows is factored in, it would take decades before you break even given those minimal energy savings.

David Liberty, a retired contractor who repaired and restored windows for more than 30 years, told me the replacement window craze is a bunch of marketing nonsense. “This is a scam being perpetrated on the public on a vast scale,” Liberty says.

“As I gradually became an expert in the field, I noticed that when people called to repair ‘new’ windows, there were problems. The plastic parts were turning brittle and breaking, the springs were losing their spring, the felt weatherstripping was wearing out… and in all of them the double insulated glass was failing and turning opaque,” Liberty says. “All of this was happening in windows between 10 to 20 years old! And I realized that ALL replacement windows, no matter how much you pay for them, have the same temporary technology. They offer warranties of 10 to 20 years, because that’s all you’ll get. The ones that offer ‘lifetime’ guarantees are hedging that bet somewhere — it’s only good for your lifetime, or the lifetime of the company issuing it, and they have a habit of changing their name every 10 years or so.”

Not exactly a ringing endorsement of replacement windows. I can’t speak to the longevity of our Harvey replacement windows just yet, though they’ve held up fairly well for the seven years or so we’ve had most of them. But now, looking at the three original windows we didn’t replace, I have a new sense of appreciation for them.

Restore vs. replace: What I wish I’d known about replacement windows

Here are some things I didn’t realize about our 100-year-old original windows, and why restoring them would have probably been a wiser choice than installing vinyl replacement windows:

Pre-1970 windows are made from old-growth wood. They really don’t make them like they used to. Much of an old home, including the wood windows within it, was typically built from dense, rot-resistant, old-growth timber, while modern homes and windows are usually constructed from quickly raised, softer farm wood. “Modern farm-grown pine has much much wider growth rings than old-growth timber, therefore it rots much faster,” Liberty notes.

Old windows can be made as energy efficient as replacement windows. As the studies above have shown, by adding weatherstipping, repairing the ropes or chains, and installing a good storm window, an original single-pane window can achieve similar energy efficiency as a new, double-pane replacement window. “You’re creating that air space between the primary window and the storm window, and that’s what’s going to insulate,” says Deb Beatty Mel, assistant director at the Boston Building Resources Reuse Center. “That’s the whole idea behind double-pane windows, is that air space.”

Restoration costs about the same as replacement. That process is expensive if you call in a pro, but no more so than buying and installing replacement windows. Liberty estimates that the basic mechanical repairs will cost about $350 per window, and that a storm window will cost $300 installed. If you need the sashes (the actual window frames that slide up and down) stripped of old lead paint or re-glazed, that will add a few hundred dollars or more to the cost.

Window restoration is a DIY project many homeowners can tackle themselves. “These windows, they’re built to be restored. They can be repaired by a handy homeowner,” said Beatty Mel. You can attend a window-rehab clinic at the BBRC, or even watch this great series of how-to videos on their website.

Replacement windows eat into the visible glass space. I’d never thought about it before researching this article, but a replacement window is meant to fit inside the existing window frame (as opposed to requiring a complete tear-out the frame). That frame-within-a-frame design means you end up losing about an inch or so of visible glass all the way around the window. It’s not a huge deal… but it’s certainly not ideal.

Window restoration is better for the environment. With only a few exceptions — perhaps trading in an oil-spewing, gas guzzling, old Ford 150 for an electric car — it’s almost always a better environmental choice to repair an existing product than to have a new one manufactured, especially when energy savings are negligible. “From a sustainability point, you’re extending the useful life of a material instead of throwing something out and replacing it with something that will have to again be replaced in several decades,” Beatty Mel says.

Now, that’s not to say replacement windows are always a bad idea. As I wrote in the Globe, more modern homes — built after the use of farm-grown wood became more prevalent in the 1970s — are often good candidates for replacement windows. That actually makes them quite sensible in other parts of the country, where newer homes are the norm. (Massachusetts, on the other hand, home of This Old House, has the second-oldest housing stock in the nation after New York.)

And both Beatty Mel and Liberty accepted that sometimes an old window may be rotted or damaged beyond repair, and that vinyl windows make sense in spots with excessive moisture, such as in bathrooms and basements.

Finally, I’ll admit that I do like our replacement windows – like I said, they’re easy to use, tilt in for easy cleaning (important since we’re about 30 feet up), and reduced the draftiness of our old house. I just wish I’d known that we had other options at the time — I probably wouldn’t have been so cavalier about replacing them if so.

If you do decide to replace your windows, you can expect the cost of replacement windows to run you between $400 and $1,500 per window installed. You need to think about materials (in New England you’re looking at wood, vinyl, composite, or wood with some time of exterior cladding), style (traditional double hung, or more efficient casement style, etc.), architectural considerations (such as grids that mimic existing muntins – the raised frames between individual window panes), installers, and much more. You can read my article in the Globe for some pointers, or check out these excellent guides I used in my research: