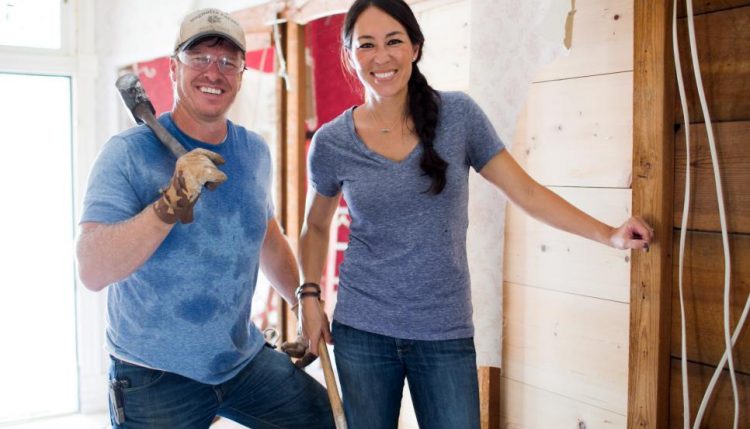 The Boston Globe this weekend profiled Jackie Falla, a young woman aiming to buy and flip 10 properties in 10 years. Falla’s currently on her fourth flip since 2008, and she’s made a total of $160,000 in profit in that time (she blogs about her projects at questforthenests.com).

Regular old home improvement, especially in a high-priced market like Boston, is generally a good investment. But the idea of flipping houses — buying a rundown home, remodeling the whole thing, and selling it for more money than you put into it — is particularly enticing to many people, as evidenced by the myriad TV shows devoted to the subject, from ‘Fixer Upper’ and ‘Flip or Flop’ to my personal favorite, ‘Rehab Addict.’

It seems like easy or at least quick money. But like day trading or sneaking off for a Christmas quickie in your parents’ house, flipping houses may seem sexy, but it’s usually a terrible idea.

The financial realities of house flipping

When you’re flipping a house, you start off in the red right from the outset. That’s because almost every real estate sale includes 5% to 6% in commissions — unless you’re a real estate agent yourself (and even then, you may still have to pay the buyer’s agent a 2.5% commission). Online brokerages like Redfin are slimming those margins somewhat — but they still represent a minority of sales, and even then you can still expect to lose about 2% of the purchase price.

That means that to make even one dollar off a typical home sale, you need the price to appreciate by 5% or more. As any retirement investor knows, high fees like that eat up your gains before you even get started.

Plus, there’s the capital gains tax. Most ordinary homeowners don’t have to think about this tax too much: If you sell your primary residence, and you’ve lived there for two of the last five years, any profit on the sale is tax-free up to $250,000 (or up to $500,000 for married couples).

But if you flip a house before you’ve lived in it for two years, you’ll owe Uncle Sam at least 15% of your profits in long-term capital gains taxes (that’s if you sell after a full year; complete the flip within a year, and you’ll be taxed at your probably-higher marginal income tax rate).

But hey, $55,000 ain’t bad either, right? Well, there’s one more thing to consider: House flipping requires a lot of financial risk and hard work, and in some cases, you might make just as much money if you simply live in the house and do nothing.

Take Falla’s foray into flipping houses, for example. After purchasing, remodeling, and reselling three homes in eight years, she’s made a combined profit of $160,000 to date.

Meanwhile, the average home value in Charlestown — where Falla bought her first home in 2008 — has risen 58% since mid-2008 (almost all of that growth occurring in the past four years).

That means that, had Falla simply held on to her original $300,000 condo, it might be worth about $474,000 right now — a profit of $174,000 (or roughly $165,000 after broker commissions). That’s without any of the financial risks and hard labor involved with buying and remodeling multiple homes — not to mention living in a construction site much of the time.

The lesson here is this: Falla’s house-flipping profit thus far has less to do with flipping homes, and more to do with the general condition of the Boston housing market. And good lord, if we’ve learned anything from the housing crisis, it should be that home prices do not always go up. That is a very risky business strategy.

For all those reasons, owning a home is very often – not always, and certainly not for everyone, but quite often – a good investment if you’re confident you’ll be living there for awhile and you’d otherwise be paying rent to live in the same area. It shouldn’t be viewed as a money-making scheme — it’s a long-term investment. The idea is that you need to live somewhere, and even if your home’s value never increases at all, if you buy a home instead of renting, you’ll still end up with a free place to live after 30 years.

The right reason to flip a house

I also disagree with some, though not all, of Falla’s general strategies. For one thing, she’s only focusing on very high-end neighborhoods and construction. But there’s only so much demand out there for luxury homes and finishes. Boston is an insanely wealthy city, to be sure, and almost every developer tries to target the top end of the market for the big sales prices — but it’s still a small, and crowded, market.

The majority of home buyers do want a move-in ready house — but they’re not demanding custom Parisian chandeliers or marble counters. If you ARE going to flip a house, I’m pretty certain you’ll get more bang for your buck turning an absolute wreck into something surprisingly nice and livable than by making an already nice South End condo into an even-nicer South End condo.

However, I do commend Falla’s motives. She’s doing all this in part to make money, yes — but also because she simply loves the process:

It’s uncomfortable, to say the least, to live in a home that is under renovation, and moving every year or so can be draining, Falla said. Yet she doesn’t mind it as much as she thought she would, partly because she enjoys designing the homes so much. “I love interior design,” she said. “I love that I can design these places exactly how I envision them to be.”

There are way worse hobbies you could get into than fixing up houses. And while she may have done just as well or better financially to simply hold onto her first condo, she’s amassed a ton of valuable home improvement experience — and probably some great stories, too, which she blogs about and intends to consolidate into a book at some point.

And if there’s one thing I’m a sucker for, it’s a good story.