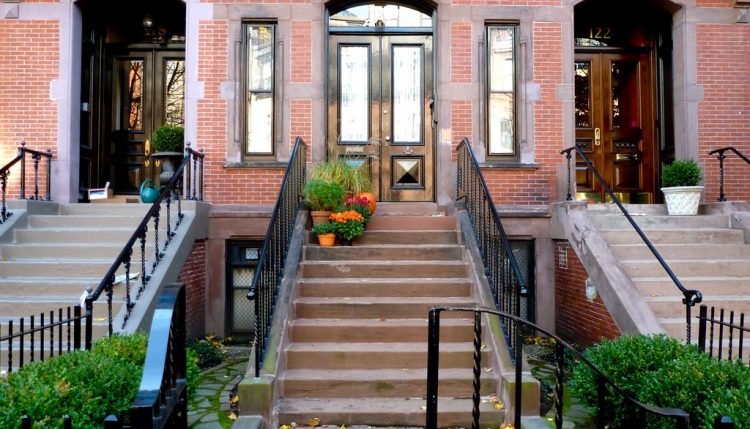 If you’ve always dreamed of living in the Back Bay, this might be your chance

Over the past decade or so, there’s been an accelerating “back to the city” movement, as young people and downsizing boomers alike seemed to prize walkable, vibrant, diverse neighborhoods. As prices in the urban core spiraled higher, many Millennials sacrificed size for prime location while retirees in desirable suburbs like Wellesley or Needham cashed in million-dollar mansions for low-maintenance condos in the heart of the action.

For the moment, at least, that trend has completely reversed itself. People are selling out of downtown and trying to get more space in the suburbs — more living space, more outdoor space, more space between their family and their neighbors.

The reasons are clear. On the one hand, we’re in a pandemic, so crowding together with other people — city life writ large — feels scary. And now that we’re spending so much time at home, a lot of folks — especially those with kids bouncing off the walls — are positively craving more space, whether it’s a home office, a playroom, or a backyard with a fire pit so they can escape house arrest or have a couple of friends over in relative safety.

Meanwhile, a lot of the things that makes city life so convenient and fun in the first place no longer exist, at least not in their traditional forms.

Most white-collar workers are now working from home — and many expect to keep doing so, even after the pandemic ends — so the time-saving convenience of being close to the office is nullified. There are no live music shows, sports events, or bar trivia nights to go to after work. And while some restaurants and coffeeshops are still hanging on, it feels more like a bid for survival than the thriving, lively energy that usually defines downtown street life.

And on top of it all, prices in the city have gotten absurdly high, largely because of that convenience, while prices in farther-flung suburbs haven’t kept pace — meaning it’s possible to trade down into a much more spacious home.

But between last September and this one, metro Boston home prices kept right on climbing — rising a whopping 14% in a single year. That’s a LOT. Housing economists and Realtors say it’s due to record-low mortgage rates, which help buyers afford higher-priced homes without increasing their monthly payment, and a still-severe shortage of homes for sale, creating added competition for whatever does hit the market.

Now, it’s also partially due to a shift in the real estate season, since March and April were a wash. But comparing apples to apples tells you that people are indeed fleeing downtown.

If I had told you last year that you could buy a property in Back Bay at 2014 prices, you’d have jumped at the chance, right? (Well, assuming you could afford to.)

Of course, there’s a lot of what-ifs behind those bargains — worries about the future of downtown life. What if the pandemic lasts even longer than expected? What if all those restaurants and stores can’t survive? There’s almost no question that downtown office space will remain less expensive going forward — will that impact the nearby residential market? Or erode Boston’s tax base and leave the city in a state of financial crisis?

These are super legitimate concerns, and I share them. But I spoke with a few buyers recently who were bound and determined to purchase near the T, even though they’re not using the subway at all right now — because they fully expect the city to come back to life at some point, whether that’s a year from now or ten.

And I think that’s a smart, forward-thinking decision — one that, for a lot of people, is still really hard to make right now. It’s scary enough putting your life’s savings into a home; it’s scarier still when you’re unsure what, exactly, the world and your neighborhood will look like a few years from now.

But I was listening to the wonderful show Innovation Hub on NPR today, and Kara Miller was talking to Fareed Zakaria about our post-pandemic future. And he made the point that humanity’s long-term shift toward urban living is both natural and unstoppable. Cities come back from disaster. When the plague wiped out nearly half of Florence in the 14th century, people instinctively abandoned the city; but a hundred years later, a flourishing Florence served as the birthplace of the Renaissance.

Not only do cities offer the most opportunity, Zakaria says, we’re social creatures who inherently crave each other’s company. And what’s more, he adds, urban living is far more sustainable than rural life, and perhaps our only way forward if we have any hope of averting climate change. Living in a city is one of the single most impactful decisions you can make in terms of reducing your carbon footprint.

So he, for one, expects cities to come back stronger than ever. If you’re bullish on Boston’s future, and if you’ve ever entertained visions of living in a Back Bay brownstone, this might be your chance to get into one. Prices have dropped to 2014 levels, while the average interest rate on a 30-year mortgage is just 2.8%, a record low. Meanwhile, there were more homes on the market in Back Bay this September than at any time since 2012, according to Redfin.

“It’s such a unique opportunity, to see so much inventory at a time when interest rates are also unbelievably low,” says Kiernan Middleman of Warren Residential in Boston.

Granted, it’s still the Back Bay — not at all cheap, even at time-travel prices. But if you can’t afford to buy? Average rents in the Back Bay have fallen, too — by $400 a month since the start of 2020.

Why this October is a great time to scout new neighborhoods

How much should you offer for a house? Here’s the best advice I’ve heard