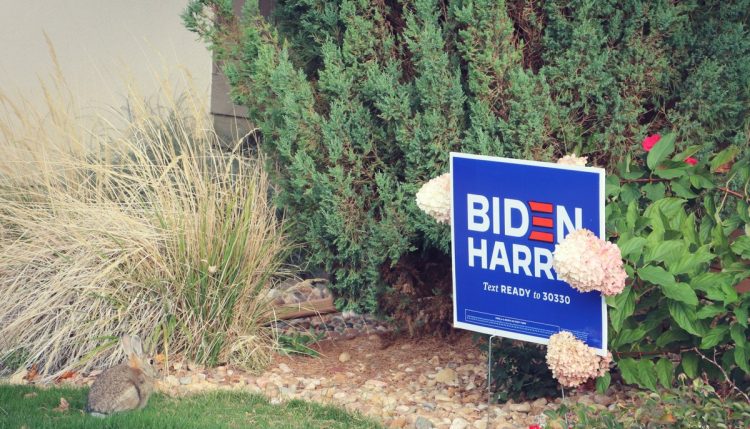 Why this October is a great time to scout new neighborhoods

Some friends of ours spent most of the summer searching for a home in Portsmouth, N.H. The finally found a property in their price range that they really liked, but the house across the street gave them pause. It had a giant “Trump 2020” banner draped across the garage, flapping high in the wind, that said, “Make Liberals Cry Again.”

Now, there’s a lot you can change about any home you buy, but you can’t change the location—nor who lives next to you. Whether they inspire lifelong friendships, placid ambivalence, or seething resentments, neighbors can make or break your homeownership experience.

And if you don’t live in a neighborhood already, it can be kind of tricky to suss out the vibe on a given street without crashing a block party or loitering at the local playground like a total creep. (Speaking of which, Massachusetts does allow you to search for registered sex offenders by town or neighborhood.) While Census and crime data are often readily available for a given area, street-specific intel and nuanced neighborhood knowledge can be harder to come by, especially from a distance.

Trulia has tried to fill that gap by offering some (very unscientific, but potentially useful) testimony from local residents on softer neighborhood details, such as whether people decorate for the holidays or can be seen walking dogs. A geo-based social media app like NextDoor, meanwhile, can help you identify some of the local crankpots, racists, and coyote alarmists, but only if you’re signed up with a verified local address. And Facebook community groups can be a useful introduction to an area, though some can be dominated by vocal locals who don’t necessarily reflect the temperament of people you’re likely to encounter day in and day out.

Simply talking to residents is the best way to get to know them and the area, of course. Most people will embrace the chance to tell you all about their little corner of the world. But trying to engage a random stranger in conversation can be awkward — even more so in a mask — and downright daunting if you’re at all introverted.

The good news is, this fall—in the Year of our National Nightmare 2020—offers a unique opportunity to learn about your potential neighbors before you decide to move in.

While people don’t always reveal their political leanings in polite conversation, you’re bound to spot scores of knee-height yard signs expressing support for candidates and local ballot initiatives. And given our increasing political polarization, signs like these can offer a glimpse at what your neighbors may be like to live next door to — for example, how likely they are to wear a mask when they stop to chat, or whether they might support a tax override to boost school funding — perspectives you’re not likely to glean so easily in, say, April.

Simply driving around and surveying yard signs can provide quick insight into the values of people with whom you might soon share a ZIP code or a PTO meeting—starting with whether you see any yard signs at all.

Some communities just don’t allow political signs — and that itself might be a plus for you. In places that do, their prevalence can signify a heightened level of civic engagement among residents. A lack of signs, meanwhile, might indicate a tendency not to rock to boat. None of this makes a neighborhood inherently good or bad—it just reveals one more personality trait of the place, one you might not get to see any other time of year.

Presidential elections stir the most interest, naturally, but don’t discount yard signs endorsing local candidates, either. Whether it’s a sheriff’s race between a “law-and-order” candidate and someone who wants to invest more in rehabilitation, or a school committee election where one candidate has mostly shrugged off student accounts of racism in class and another supports raising taxes to build a new middle school, these signs — coupled with some basic candidate research on your part — can paint an even more nuanced portrait of the homeowners who’ve planted them and where their priorities lay. A placard promoting a Republican state senator, meanwhile, without an accompanying Trump sign, could, perhaps, point at a more moderate conservatism.

Almost any yard sign can speak volumes about the people who stuck it into their lawns. However, in today’s political climate, I’d argue that one sign speaks a lot louder than others. In fact, to many of us, it can even seem like it’s yelling at passers-by… IN ALL CAPS!

When president Donald Trump can’t even bring himself to denounce white supremacy (until forced to, days later, after the subject refused to fade from the news cycle the way his other scandals generally do), how comfortable can a person of color — or of conscience, for that matter — feel moving onto a street dominated by “Trump 2020” signs?

We’re blessed to live in blue Massachusetts, where even our Republican governor says he can’t support Trump. Many local Trump supporters will vote for him in relative secrecy, fully aware that they’re outnumbered and that the president is a pariah among their neighbors.

So what does that say about folks sticking a Trump 2020 sign in their yard? They’re not just quietly voting for him in private, shrugging off his litany of offenses in exchange for tax breaks and conservative court picks; as misguided as I think that is, it at least shows some tact and restraint. But with that sign out front, they’re proudly, publicly declaring their support for someone whose cruel, corrupt presidency frightens and directly threatens many of their neighbors.

Here are some things a Trump 2020 sign silently says — to the rest of us — about the people who have planted it in the ground:

At the very least (or worst?) it suggests that they’re aware of all this stuff, but still don’t really give a shit — or that they’re so far down the right-wing rabbit hole that they don’t believe it to be true. That describes my parents, sadly, and some other people in my life.

As for our friends who loved the house in Portsmouth, across from the giant Trump banner? Yeah, they weren’t about to spend the next three to 30 years living next door to that guy. They declined to put an offer in, and I don’t blame them.

If you’ve always dreamed of living in the Back Bay, this might be your chance