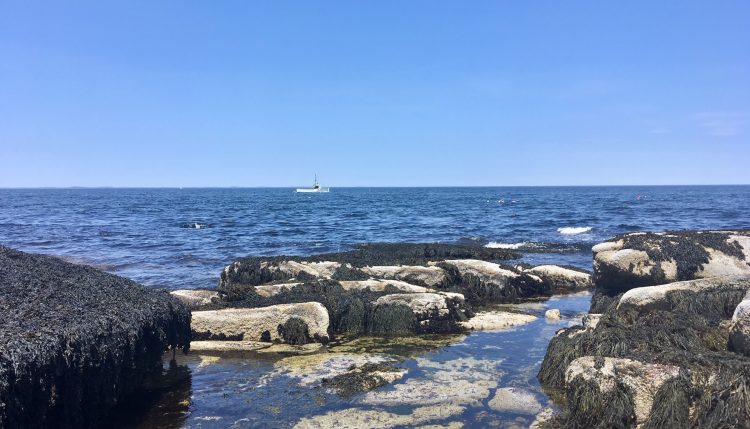 Looking for a cooler place to live (literally)

I love our city of Quincy — I think it’s one of the best places to live around Boston, in fact — but when you scour real estate listings for a living, you’re bound to get some wanderlust once in awhile. And that gets especially acute during a heat wave.

Here by the ocean, our temperatures are moderated a bit: compared to friends and family who live further inland, snow turns to rain just a little more often here, and it’s typically a couple of degrees cooler in summer, too. We can even avoid relying on air conditioning for much of the summer.

But on really, really hot days, I go kind of mad. Heat makes me crazy. I start to cruise my Weather.com app, looking at some of my favorite places to see where, if we were to move there, we might get some more serious relief from the heat.

And there’s one town that always seems to be a solid 10+ degrees cooler than the rest of us schleps, glistening like a frozen lemonade on even the hottest days. It’s an adorable little place, and what’s more, it’s not even some remote village on Cape Cod — it’s connected to Boston by commuter rail. Got a guess?

Here are projected high and low temperatures for tomorrow’s extreme heat (July 20, 2019) in towns around Boston and elsewhere in New England. You’ll see that going north doesn’t necessarily help things that much—Burlington, Vt. will still be 94 degrees — and even Quincy’s 27 miles of coastline is no match for this hot air system. But a few places — those more completely surrounded by colder waters — will stay in the mid- and even low-80s while the rest of us approach ferocious triple digits.

How about Rockport?! Perched at the tip of Massachusetts’ other cape (Cape Ann), it’s a picturesque former artist’s colony with a cute downtown full of seaside shops, a live music venue, and commuter rail service to the city. You can get a really nicely remodeled 3BR in the heart of downtown for $699,000. And tomorrow, it’ll be a whopping 15 degrees cooler than Quincy (or anywhere else near Boston), and cooler even than Martha’s Vineyard, given its more northern location.

That sounds pretty cool to me right now.