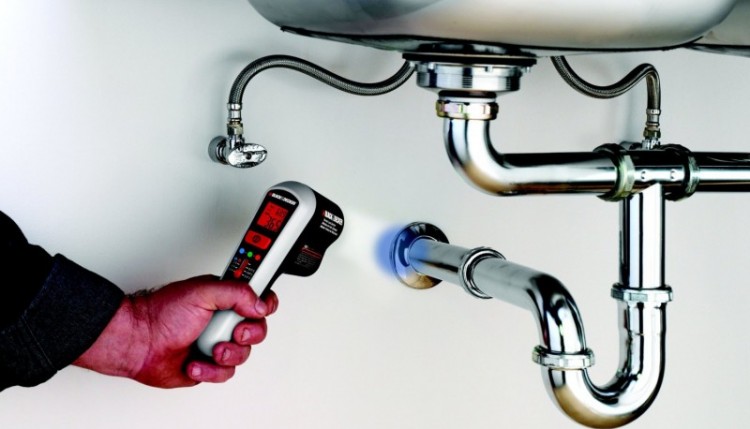 This post is sponsored by Choose Energy, an online marketplace where you can compare rates from electricity and natural gas suppliers.

The cold is coming — and with it, higher energy bills. Heating is the No. 1 energy cost for most Americans, and that’s especially true in New England. And as people draw more natural gas to fire up their boilers and furnaces for heat, the big utilities (who rely on natural gas for electricity production) tend to raise their electric rates for the season — a double-whammy that makes winter as expensive as it is cold.

If you’re looking for a warmer, cheaper winter, I guess you could move to Ecuador. Or you could look into some of these handy little gadgets. None costs more than $50, and all of them can help you save that much or more on your home heating or electric bill over time:

This little gizmo from Black & Decker (and others like it) can detect where you’re losing precious warm indoor air — or where cold air is infiltrating through cracks and gaps — so you know where to concentrate your air-sealing and weatherstripping efforts.

You just set a temperature tolerance — 1, 5, or 10 degrees — and then point it where you want to look for inconsistencies, such as window frames or electrical sockets. The infrared scanner will turn blue if it detects a temperature drop greater than your chosen setting (say, five degrees) or red if it’s warmer (more appropriate in summer or when testing for wiring problems).

A chilly draft might sound like something minor that bothered your grandma, but those air leaks around window sills, electrical outlets, light switches, vents, pipes, and door frames can really be a drain on your home’s heat — and your energy bill. Sealing air leaks can help you save about 16% on your heating and cooling bill, according to Energy Star, and air sealing your home has an even bigger money-saving impact than adding insulation by itself. 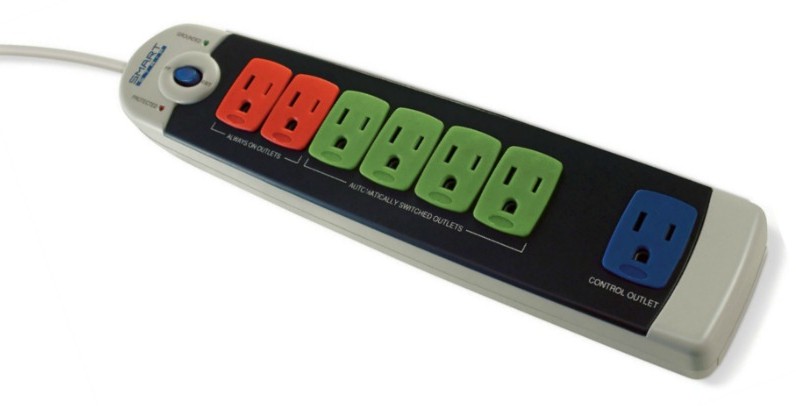 Cute story: My daughter once asked me why all our plugs have sad faces.

Think about how much stuff is plugged in around your house at any given moment: Your TV, a cable box, DVD player, DVR, a computer (or three), a printer, a phone charger, a coffee maker, a toaster… All of them are sucking electricity, even if they’re not turned on. They can’t help it.

It’s called phantom power, and it can account for 10% or more of your electric bill each month, according to the Department of Energy. In fact, an HD cable box and DVR consume more than $40 of electricity per year just being plugged in — even if you never use them!

An easy way to curb the biggest offenders is with a Smart Strip — a power strip that shuts off the power completely to devices you choose.

It works like this: There are several outlets, just like a regular power strip. But one is called your “control” — this might be your TV. The other outlets will only power on when the control device is on — so your DVD player, PlayStation, and cable box will only get power once you actually turn on the TV, and will stop sending any power (including phantom drain) once the TV is shut off. And then a couple outlets are deemed “always on” — use these for your Wi-Fi router, for example.

How do you determine which of your devices and small devices are the biggest culprits when it comes to phantom power? Enter the cleverly named Kill A Watt usage monitor. Plug in any device or appliance, and it can tell you how much power it’s sucking up, even when it’s turned off.

Some libraries even loan these out, including the Boston Public Library and the Thomas Crane Library in Quincy — so before you spring for one online or at the hardware store, call up your local library and see if you can borrow one for a weekend. (You can also check electric usage tests of various devices and small appliances here.)

Besides outing your phantom power drains, the Kill A Watt can also alert you to the biggest power sucks in your home — like revealing exactly how much an old refrigerator or washer is costing you to run each month. For example, my parents’ ca. 1980 fridge is likely costing them an incredible $200 a year in extra electricity compared to a modern model, according to this EnergyStar.gov calculator‘s estimates. I’d love to see what the real figure is.

If it’s time to replace that energy-sucking clunker of a fridge or washer machine, you might be able to snag a rebate on an Energy Star-rated appliance.

This one is a given, and you should have one already, but just in case you don’t — what are you waiting for? They’re only like $20-$50 bucks and if you live in Massachusetts you can even get a rebate to cover the cost.

The way a simple programmable thermostat helps you save energy — and we’re not even talking about a fancy $250 Nest smart-home gizmo here — is simple: You set it to automatically lower the temperature in your house when you’re at work all day and when you’re sleeping.

That’s it. You won’t notice a thing, and you’ll save about 10% a year if you dial down the temp by 10 degrees for eight hours a day.

It does take a bit of extra energy to heat the house back up again (from, say, 60 degrees to 70), but not nearly so much as you save by lowering the temperature all day. According to the Department of Energy:

A common misconception associated with thermostats is that a furnace works harder than normal to warm the space back to a comfortable temperature after the thermostat has been set back, resulting in little or no savings. In fact, as soon as your house drops below its normal temperature, it will lose energy to the surrounding environment more slowly. The lower the interior temperature, the slower the heat loss.

So set the temperature to drop right as you leave for work, and program it to kick back on about an hour before you get home. You won’t notice a difference — except in your energy bill.

I’ll admit it: I like to be toasty in winter. A lot of nights, we light a fire in the wood stove and that can heat our whole house by itself — centered on the living room — leaving the gas boiler off-duty. But starting a fire is kind of a production, and sometimes you just need to get cozy fast to shake a chill, or maybe you only plan on being home for another hour or so.

That’s where our Lasko space heater comes in. Space heaters aren’t more efficient than your central heating system (whether radiators or forced hot air) — far from it. But for those of us without fancy four-zone heating systems, where you can control the heat by floor or section of the house, they can help you stay comfortable in the room you spend the most time in, while keeping the rest of the house at a cooler temperature.

For example, we typically keep the house at 70 degrees during the day and 68 at night. (I know, we’re wusses; we used to do 68/62, but we’ve gone soft now that we have a kid.) But if we’re all hanging out in the living room together, we can either light a fire or cozy up to the space heater and drop the overall house temp a few degrees and still feel plenty warm.

In truth, since the thermostat is in the living room, the heat just never comes on if we have either the wood stove or the space heater going in there. And the longer you can go without firing up the boiler, the more energy – and money – you save.

Disclosure: I am a member of Choose Energy’s compensated blogger program. However, all opinions expressed here are my own.